The wheelchair inclusive Play Area was completed in September 2013.

There are three swings, including a wheelchair swing, a traditional swing, and a moulded seat swing. There is also a level access wheelchair roundabout, and some springer/rockers, and two wide embankment slides.

Importantly Phase 3 joined up the paths between Phases 1 and 2, and includes a 'walky-talky' tube, and a covered bike storage area.

The wheelchair pathways and terraces enjoyed the addition of a rock water feature and some new sculptures and willow works along the pathway.

The three Poppy Head Sculptures (by artist David Watkinson) were added in November 2013, and the Willow maze around the bubbling rock water feature was installed in February 2014.

Pupils have decorated some rocks with mosaic, to surround the water feature. 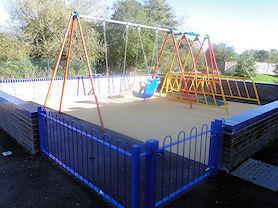 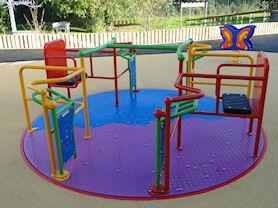 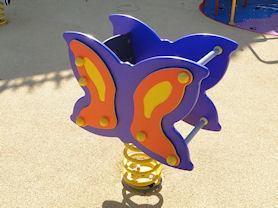 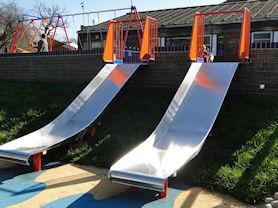 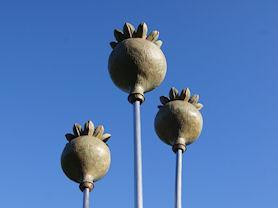 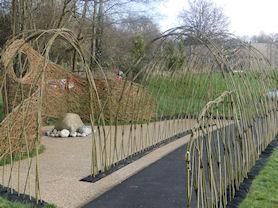 With Thanks to our Sponsors

Unfortunately not the ones with chocolate chips.

Some cookies are necessary in order to make this website function correctly. These are set by default and whilst you can block or delete them by changing your browser settings, some functionality such as being able to log in to the website will not work if you do this. The necessary cookies set on this website are as follows:

Cookies that are not necessary to make the website work, but which enable additional functionality, can also be set. By default these cookies are disabled, but you can choose to enable them below: